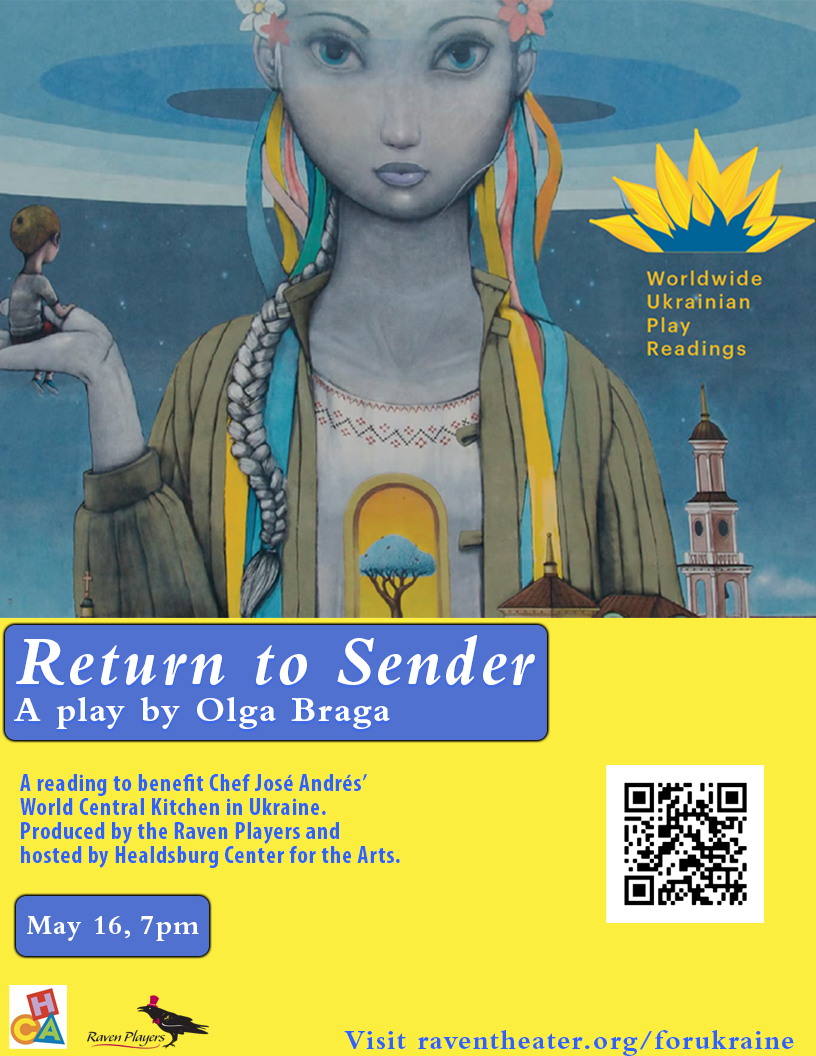 Return to Sender: May 16 – A Play by Olga Braga

An exploration of what happens when an “us vs them” mentality leads to a complete breakdown in diplomacy which is what we are beginning to see in the western world right now. Contains strong language and disturbing imagery.

The Worldwide Readings Project is actively encouraging theatres, acting companies, and amateur and professional performance groups around the world to stage readings of plays by Ukrainian playwrights which protest against the unjust war in their country. The objectives are twofold: to awaken citizens in the free world to the horrors of being initially politically manipulated and then ruthlessly invaded, and to raise funds for Ukrainian refugees by providing lists of reliable relief organizations to which performing groups can transfer financial donations from audience members. The playwrights have waived their right to royalties under the condition that each reading is used to collect money to be donated to the Ukrainian people.