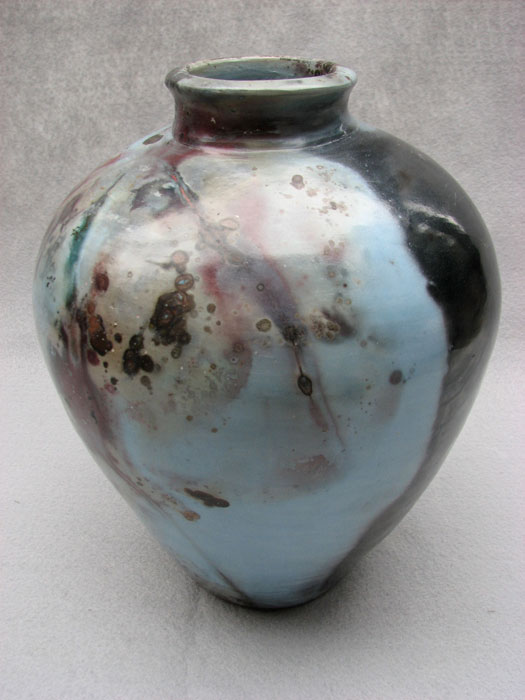 I’ve always been intrigued by the direct effects of fire on my work. Whether employing pit-firing, saggar, or raku firing techniques, the unpredictable, uncontrolled nature of the fire creates pieces that possess a uniqueness and individuality of its own. There is something very exciting about uncovering the pit after a firing, marveling at the richness of colors, fire markings, and sometimes spectacular results of this process.

Many years ago, while spending time in the Southwest, I became fascinated with burnished (polished) vessels of the Native American  Pueblos. The surfaces of their work seemed much warmer, softer and sensual, than traditional glazed pottery. On returning to California, I began to focus on this technique and pretty much stopped using glazes. I also began at this time to employ different firing techniques, such as sawdust, smoke-fire, saggar, and pit firing. The New Mexico Landscape Series, which has included vessels and wall pieces, came out of time spent in the the Southwest.

Over the years, I became aware of the sound created by tapping on the burnished low-fired vessel. It resonates much more than glazed high-fired ware. Through research, I discovered that many cultures throughout history have created percussion instruments out of clay that don’t employ the use of skins. One such instrument is the Udu drum from Nigeria, Africa which has two openings; one on the shoulder of the vessel, the other at the top. By hitting one hole, air is sent out the second hole creating the sound. Some of my work is based on this drum, and is sculptural. Since I’m involved in performing Afro-Cuban music which relies heavily on percussion, it seems natural for my claywork to evolve in this direction. 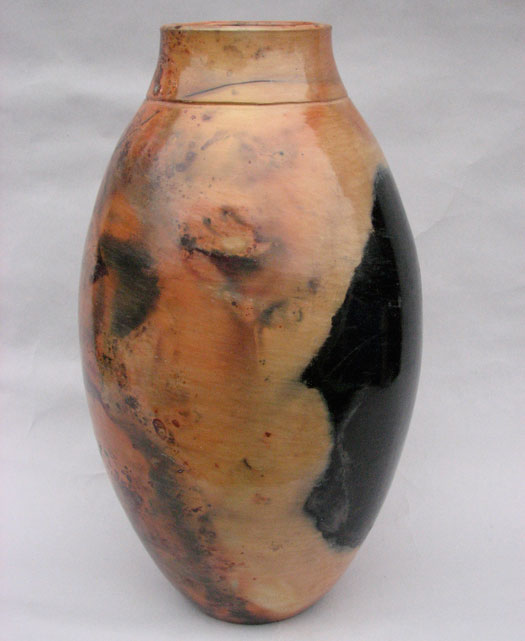 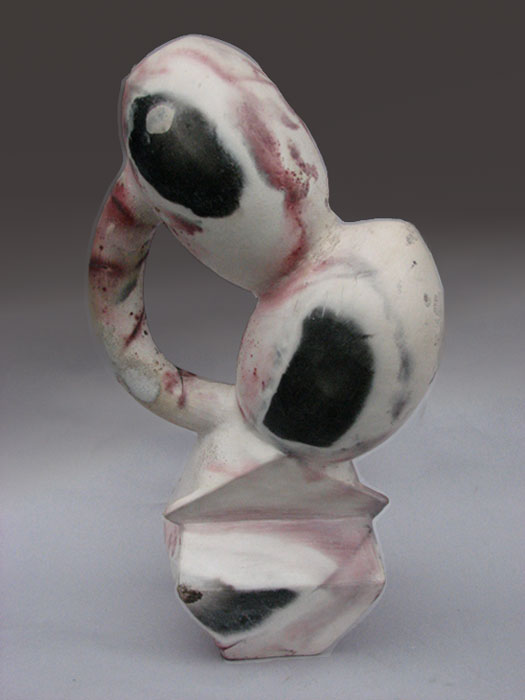 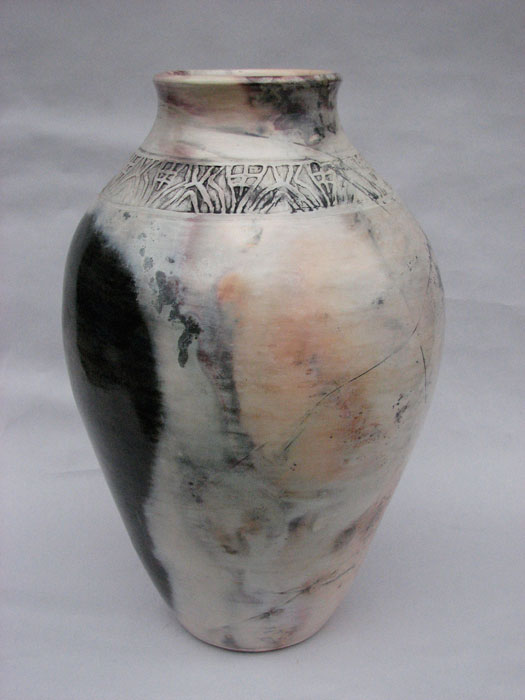 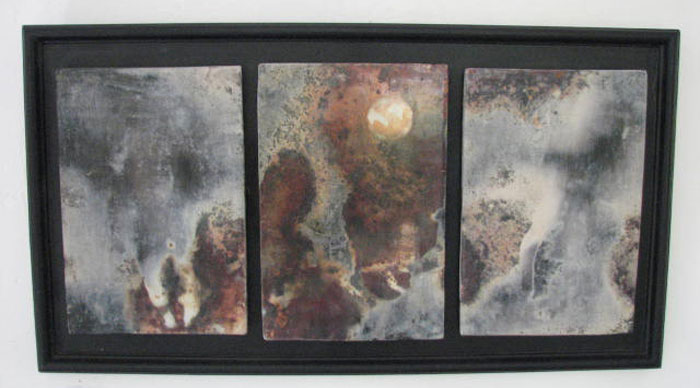