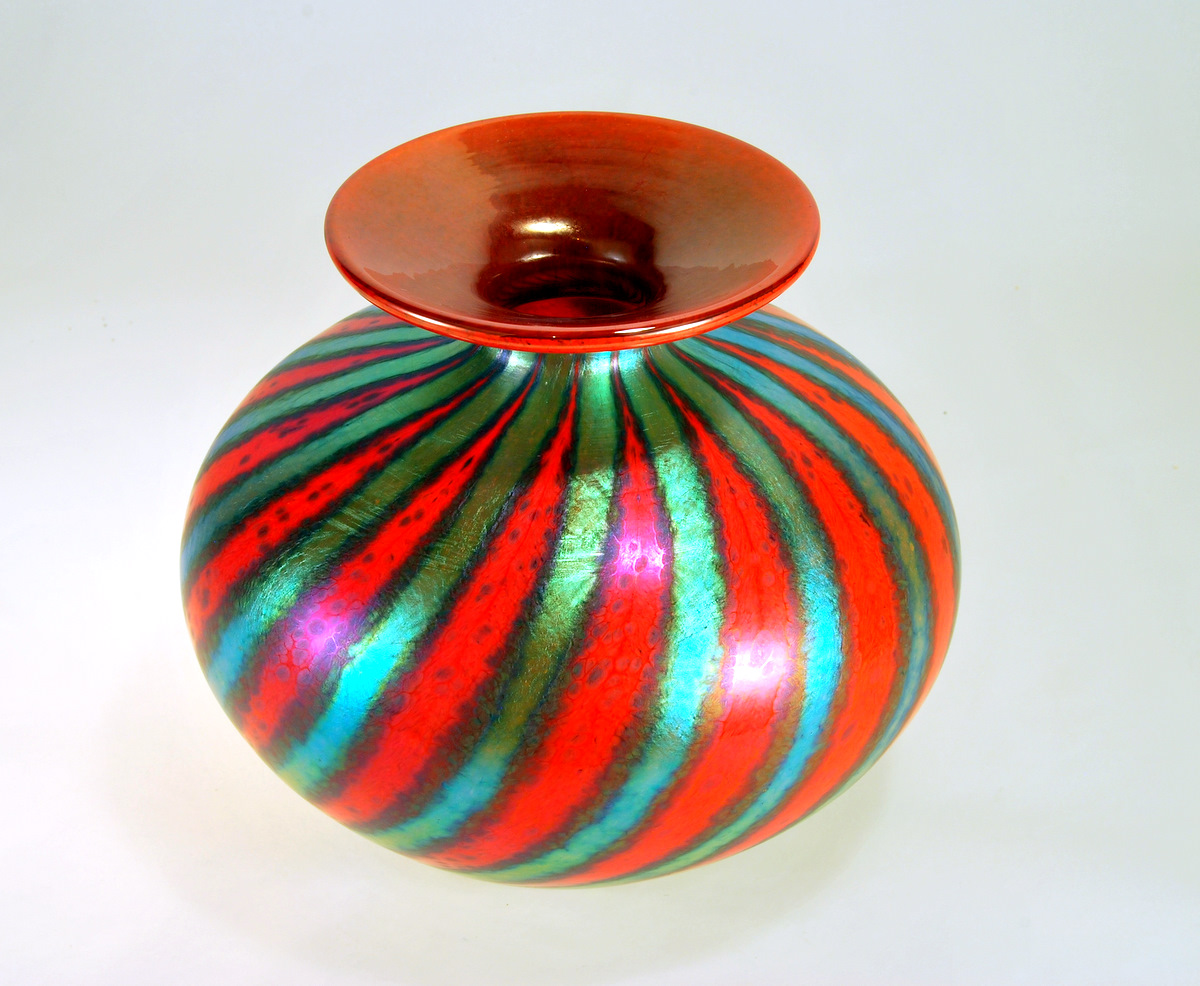 My process is essentially the same as that utilized in ancient glass-making; but also relates to the best of Murano, and to Tiffany’s “Favrile” from the turn of the 20th Century.

My recent vessels have evolved from one perfect, functional, ancient Roman vase in a museum in Padova.  I trust my intuitive sense of form and color, then add silver and metallic oxides at extremely high temperatures to attain the ephemeral iridescent luster of ancient glass.

I hope to invoke a sense of the archaeological, while creating decorative vessels of universal appeal- objects that manifest both the personality that formed them, and the amazing inherent properties of the molten glass. 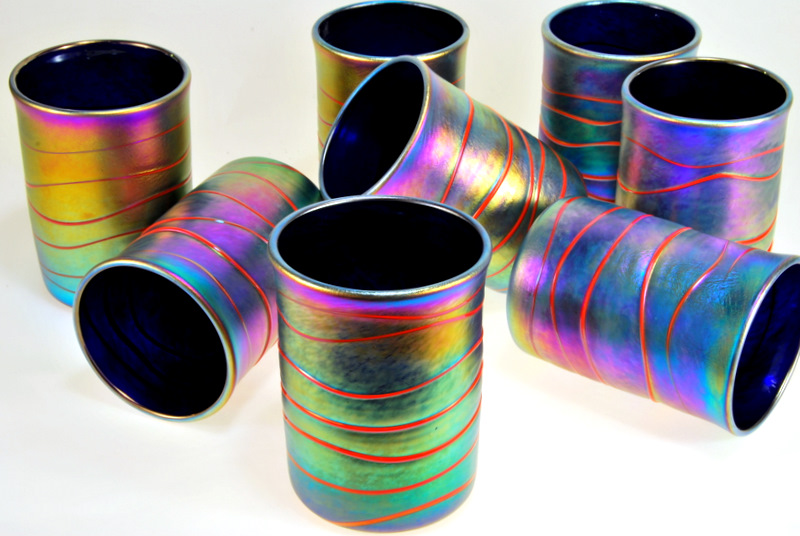 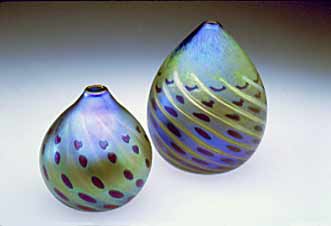 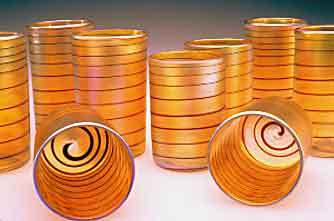 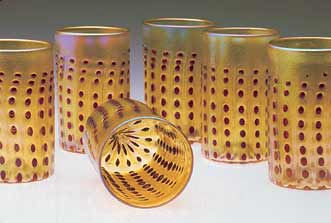 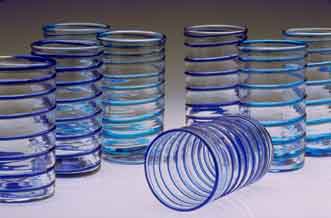